Stand up Comedy and the Brain

Where to start…I’m working on some complicated, experimental and avant-garde ideas. I’m working in areas I know little about – neuroscience and computer programming and I don’t know what the final product will be. Like the beginnings of all new art projects, it’s a ball of confusion but it’s sooooo fun to play. This time, early on, it’s a luxury to have genius brains to collaborate with me to make my ideas a reality.

I am a winter resident artist in Bristol at Watershed’s Pervasive Media Studio. It’s a space where creatives, technologists and scientists go to work. There are beanbags and toys (people’s projects) and an interrupt-ability policy, where anybody can ask for 5 minutes of your time. Collaboration is at the studio’s heart. I have spoken and picked my project apart with writers, anthropologists, creative technologists, producers, and an audio visual synth designer. These are conversations that will inevitably lead to richer and deeper ideas.

In a nutshell this project is a comedy show about trying to become a stand up comedian. Immersing myself into the British tribe of amateur stand up comedians and using EEG data to unlock some of the mysteries of the brain.

I have a mobile EEG (electroencephalography, 23 letters! try saying it) headset; it reads the brains electrical activity in the brain. My plan is to wear the headset at stand up gigs. To see what happens in your brain when you tell jokes, when they land and when they flop. Initially I will record data but I will build up to displaying the data to the audience. My work is autobiographical; as a performer I can tell you how I feel, but what if you could feel what I feel. An audience can feel my different emotional states including if I’m stressed, joyous, sad, bored and relaxed.

Another reason I want to make this work is because at age 40 I was diagnosed as having ADHD. It means I have a lack of dopamine so I am bored by most things and preoccupied with finding rewards. Laughing and telling jokes releases dopamine, what if telling jokes can be an antidote to ADHD medication? 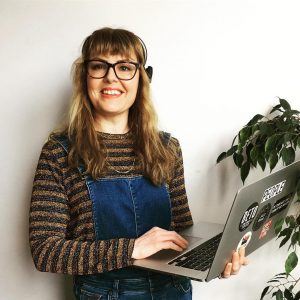 The medication for a hyperactive condition that makes you inattentive and talk excessively is…SPEED, AMPHETAMINES. My doctor likes to tell me they have a street value, I think he wants to go into business with me. I was prescribed the same dosage as an 8 year old. I was off my head, my productivity levels were incredible but my creativity disappeared and socially I was a zombie. The EEG doesn’t go deep enough to measure dopamine but we are investigating to see what the reward sections that light the brain up can tell us.

I am lucky to be working on this with Dr Silvana De Pirro a neuroscientist at Sussex University who specialises in drug addiction and neuroimaging, human neuropsychopharmacology (23 letters again!), she’s especially interested in opiates and psychostimulants(researching them not taking them) Silvana was already my friend so it doesn’t feel awkward asking for help when it all gets too complex.

Rather than a boring graph on a projection screen we are looking at how the electrical activity in my brain can send out data that can feed into an object. Imagine a brain on stage or that the audience holds. It turns green when focuses and turns red and rattles when stressed.

But first we need to train the headset and software making it less generic and personalising it to represent my brain. I can be seen out and about in cafes in Brighton, London and Bristol looking like Tron, trying to push an on screen dice with my brain. Did you know you can go all Jedi mind trick and fly a drone with your mind!

Victoria Melody
Victoria Melody is an award winning British artist with a background in fine art. She makes theatrical shows, performances and films mainly about Britain’s pastimes, passions and tribes. Fascinated by anthropology, she immerses herself into communities and becomes an active participant in their rituals as research for her work.
Previous Post
Ugly Chief 2018 Tour is over and dad and I didn’t kill one another.
Next Post
COVID-19 and the Tour

Living room is starting to look lived/loved in. H

Rod Stewart will always be my style icon.

First evening on the beach 2021. Bet you a fiver B

On Saturday night I did a low-fi, DIY online itera

What have I done? #goosecontent They won’t leave

I don't know what's more shocking about this photo

Before and after from me competing socially distan