This newsletter is coming from an extended stay hotel in Virginia, USA where we are currently performing Major Tom. We have been getting great reviews here, although I can’t work out why this reviewer doesn’t think my real name is Victoria?

Next stop is New York where we will be performing at Cherry Lane Theatre in Manhattan as part of the All for One Theatre Festival.

This is our farewell tour and probably the last time we will performing Major Tom, unless it’s for something really, really good.

Major Tom was fine on the plane he travelled in a lions crate in his own temperature-controlled room. He has a passport so doesn’t do quarantine. He slept the whole way whilst I slummed it in economy.

Hair Peace
Whilst I am in New York I’m going to be working with Rachel Chavkin from The Team on my new show Hair Peace. I have finally completed my research and now I think I have the equivalent of a PHD in hair, supply chains and DNA. I have just returned from Russia where I followed dealers around in their cars buying hair. I visited the biggest Russian human hair factory and spent time with the women who sell their hair.

We are scratching the show at Battersea Art Centre, taking it on a preview tour then taking it to Edinburgh for the whole run.

Hopefully catch you at one of the performances.
Best Wishes
Vic 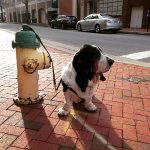 Victoria Melody
Victoria Melody is an award winning British artist with a background in fine art. She makes theatrical shows, performances and films mainly about Britain’s pastimes, passions and tribes. Fascinated by anthropology, she immerses herself into communities and becomes an active participant in their rituals as research for her work.
Previous Post
India, Ugly Chief, Hair and Peace
Next Post
Hair Peace in top things to see at Edinburgh Fringe!