Next week dad, the creative team and myself will be stepping into the rehearsal studio at Attenborough Centre for the Creative Arts to embark on the final stages of Ugly Chief. We started this project in December 2013 after doctors realised they had misdiagnosed dad with a terminal illness. It’s been a long process of working out how to tell the best story and learning how to work with a non-performer whilst taking care to retain their authenticity. There are still costumes to be made, music to be chosen and (probably importantly) a script that needs to be written, but it’s in good shape. I am excited for our preview tour in June. We will be primping and preening as we go along getting the show ready for our London premiere in October. To the people that know me it seems like I’ve been talking about and making this show for ever. I suppose 4 years is a long time. (Here’s a film I made in 2002 that cost about £5 to make; it’s about being a slow tortoise. It’s a play on the Aesop fable. In my version the hare always wins.)

I’ve taken my time with Ugly Chief because I wanted to make sure I had the right partners, creative team and that I had generated enough of the right material. Obviously I have now generated too much material and the editing of which is giving the team nosebleeds.

More details about the show on my new website built by brilliant Inter Vivos.

The trailer for our new show Ugly Chief

In the trailer for the show, dad and I try and find the public toilet he lived in whilst he was homeless in 1965. I had a metal heritage plaque made for the toilet that reads “Mike Melody, Antique Dealer, TV Expert and Thespian, used to live here in a public toilet.” We went on a mission to Runcorn, Cheshire to find said toilet. It turns out the toilet block was knocked down and is now a garden belonging to Patricia. Amazingly (nicest woman in the World) Patricia let us put it up on her garden wall next to where dad’s old toilet cubicle used to be. Thanks to Mark Thomas who helped me conceive this idea whilst sharing “the best falafel in Britain” at Gaby’s Deli. 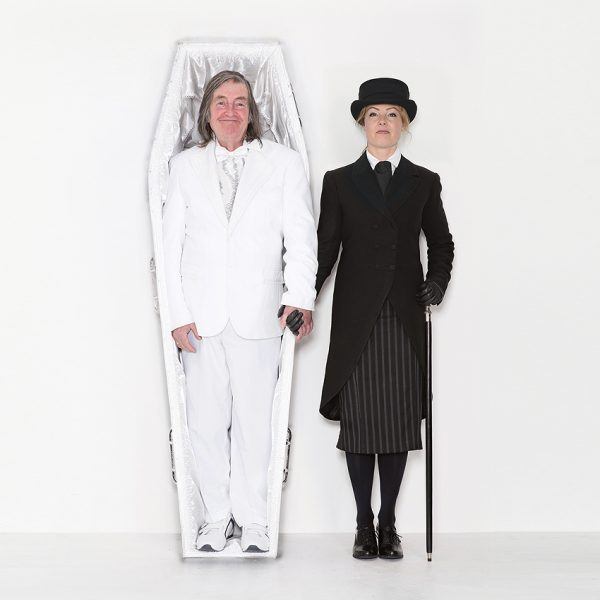 Ugly Chief will premiere in London on 30th October – 18th November 2017 sign up to my newsletter for updates.

We are looking for brass bands and musicians in and near Ipswich, Coventry, Brighton and Reading please get in touch with Janice for more details Janice.Brittain@farnhammaltings.com

There is a small appearance from me as a “Pigeon Expert” in BBC documentary – Flights of Fancy: Pigeons and the British.

It’s a brilliant doc that really goes into detail about the history of pigeon racing, pigeon’s efforts in the war (they have won more medals for animal bravery than any other animal) and includes incredible archive material, including a parachuting pigeon. 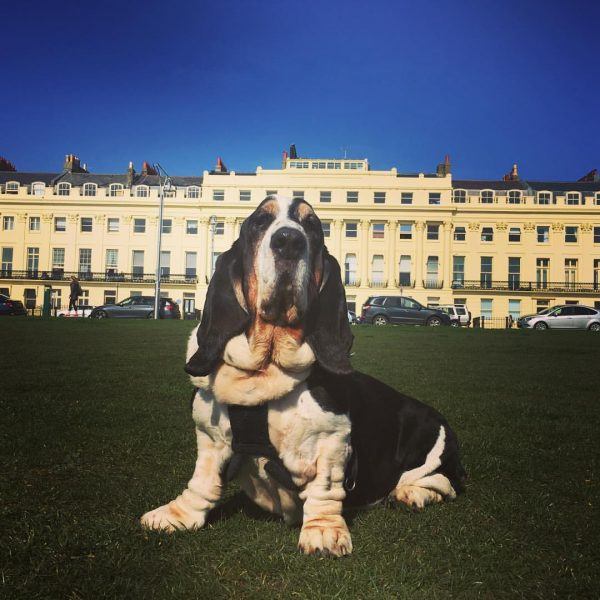 Lastly a lot of people ask about him so here is Major Tom on Brighton seafront pretending he owns the buildings behind him.  He’s old and healthy. Recently he had a cist that started off the size of a pea that went to a malteser then a ping-pong ball and finally a tennis ball. The vets were going to operate. But one day it popped. This is a great relief but I’m still worried about where the gunk has gone.

Victoria Melody
Victoria Melody is an award winning British artist with a background in fine art. She makes theatrical shows, performances and films mainly about Britain’s pastimes, passions and tribes. Fascinated by anthropology, she immerses herself into communities and becomes an active participant in their rituals as research for her work.
Previous Post
New Website, Funerals and Good News
Next Post
Lemonaid Response Unit