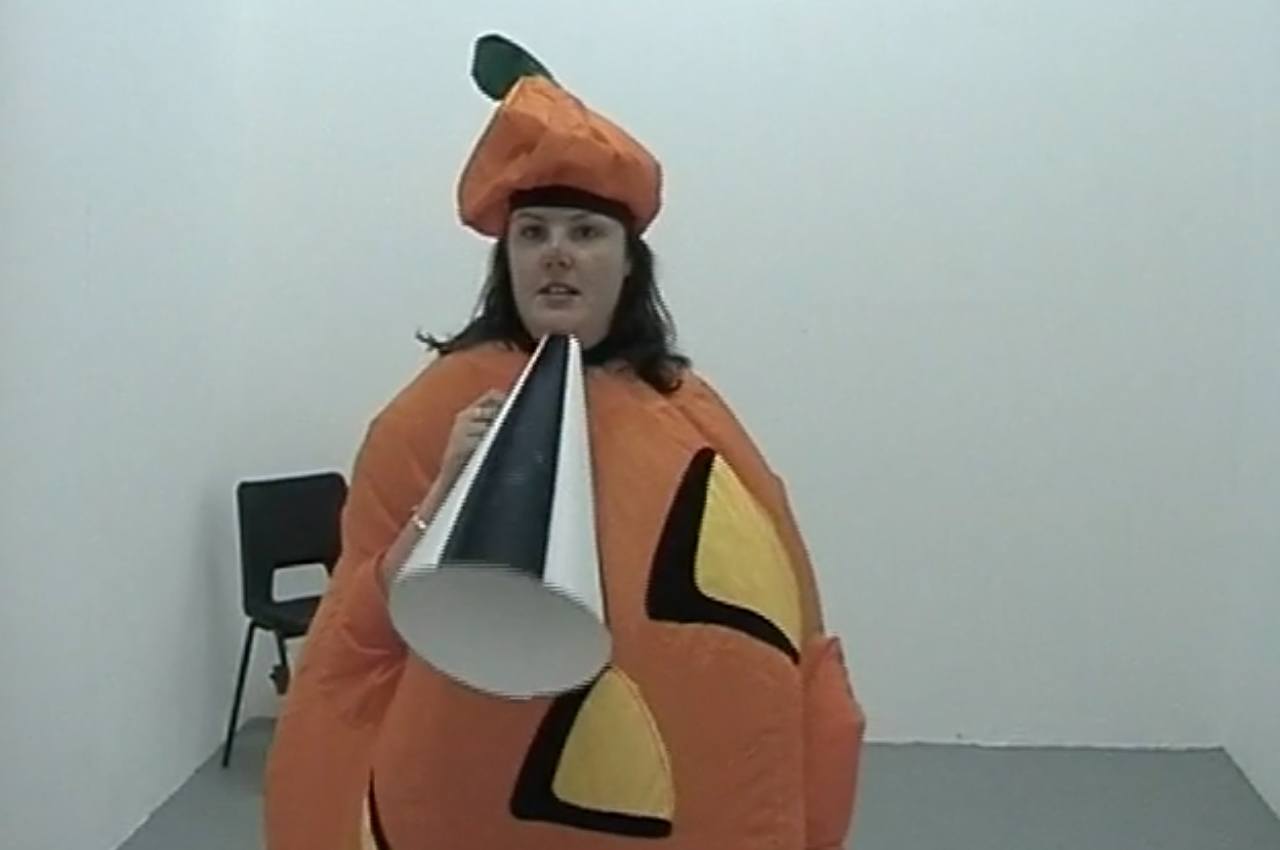 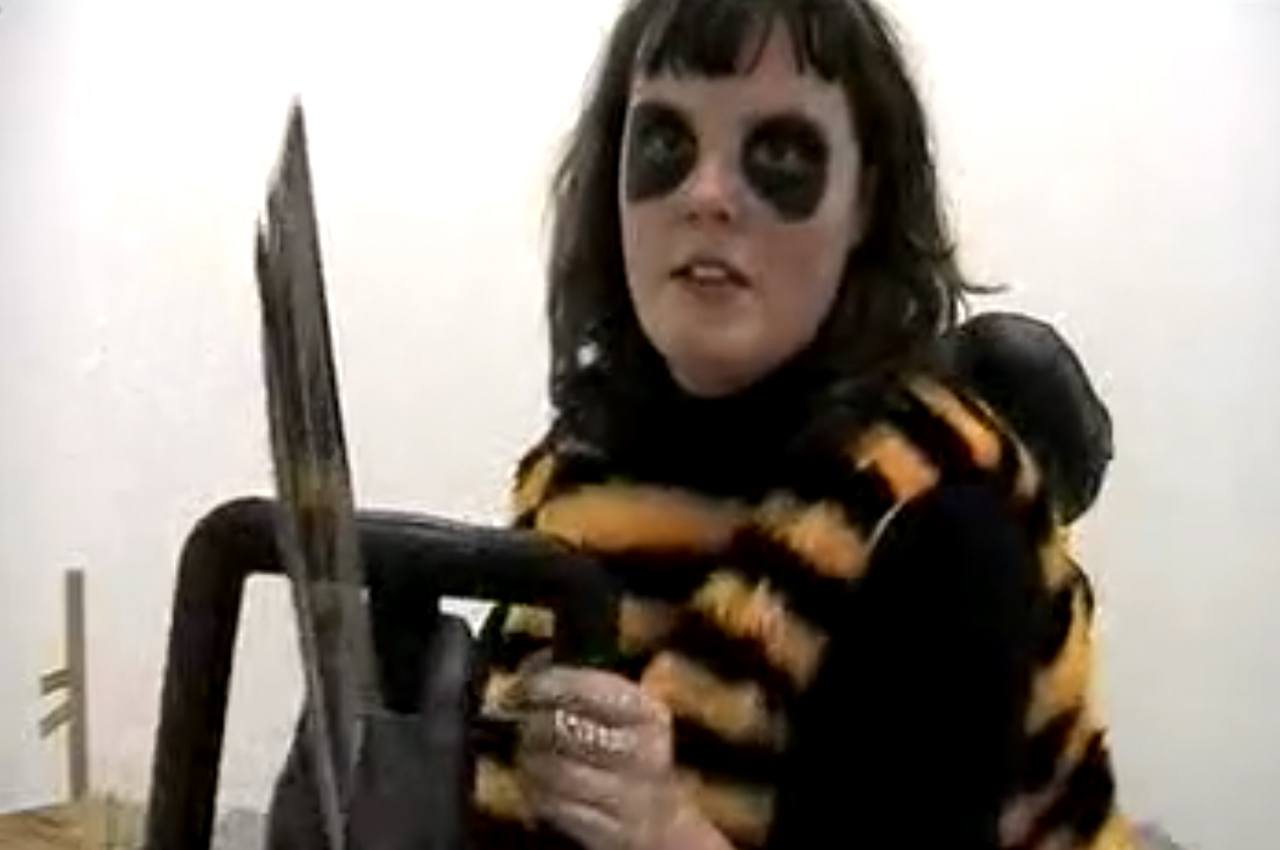 Victoria studied her postgraduate in fine art at Chelsea College of Art. She hated it. The competitiveness and sometimes the downright deviousness of people upset her. She decided she needed to tell them all to fuck off. She set up a video camera and dressed in an inflatable pumpkin costume. Holding a shiny megaphone wandering around the room telling the audience/viewer to fuck off. By wearing a costume and mask she becomes another more able to tell us how she really feels.

Bastard Bee is the most exasperated of Melody’s alter ego’s. The costume is a childlike representation of a bee and wields a chainsaw, interacting with the audience. The bee revs up the chainsaw and tackles the wooden chair with a large amount of pent up energy. He thrusts it wildly facing the camera, a nervous moment for the viewer who is confronted with essentially hysterical ball of fur holding an offensive weapon.

Bastard Bee has also performed at the ‘Seen’ Live Art Festival in 2004. He occupied a cubicle in ‘The Blue X’ a lap dance club in the centre of Leicester where he gave free one to one lap dances with a difference. The dark and murky film shows Bastard Bee dancing to Marilyn Manson’s version of ‘Tainted Love’, manically waving a plastic cricket bat and a pair of fake boobs glued to the front of his outfit. By these sometimes outrageous performances Victoria Melody suggests that similar to the drone (the male bee who is both fully dependant and does everything he can for his queen), our lives and views can be prostituted in order to thrive in society.