We have just left Quebec City the snowiest place we have ever been. We are currently on route to Toronto where we will be performing Major Tom as part of World Stage 2014. Major Tom (the hound) was happy as Larry with the flight – he was upfront in first class. I have visions of him ringing for bloody Mary’s. To make him feel at home over here he has been joining in with some pack walks, above is his report card. Note his favourite activity – humping. 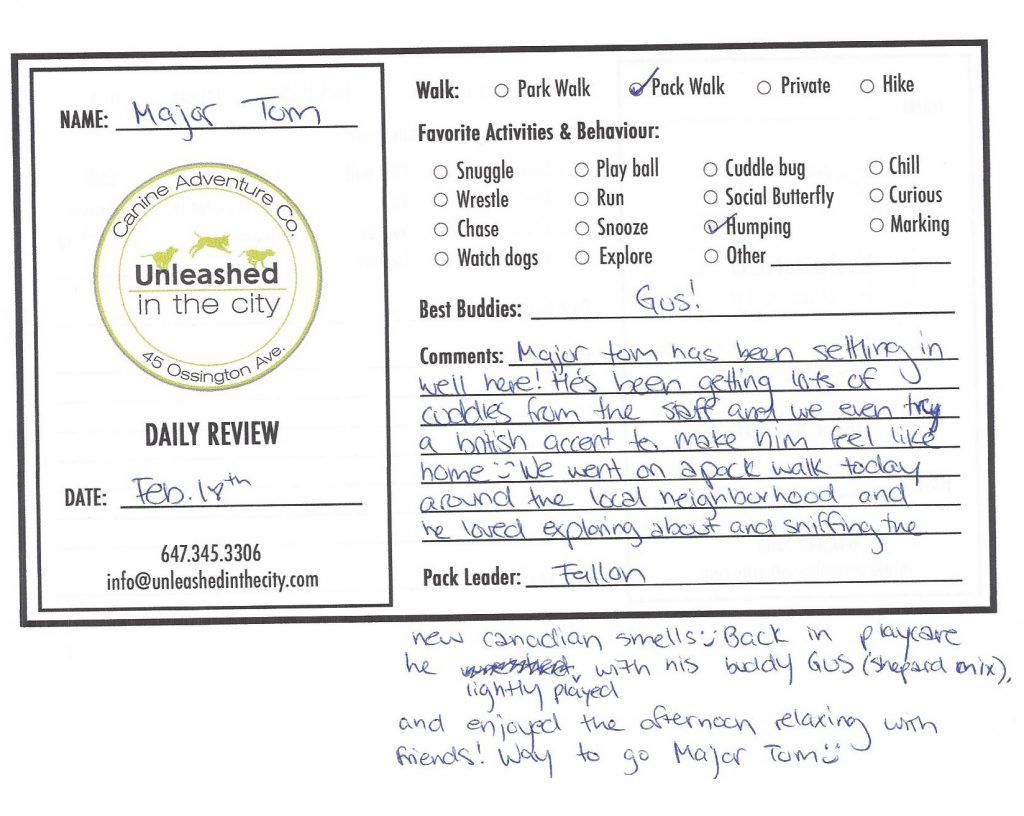 Press – We have been doing a few interviews recently for the upcoming spring tour. Here is a feature The Guardian did on us and an interview with Female Arts. For International Women’s Day on the 8th March I will be on BBC Radio 4’s Loose Ends show, not sure what time but I am sure you will be able to find it on iPlayer.

Next – Between touring I am working on a new project called Hair Peace. I am tracing the hair extensions (given to me when I was a beauty queen) back to the humans who grew them. It’s a project about making visible (and human) the commodity chain by following the passage of hair as it goes from head to head and how easy is it to find somebody anyway?

Thanks for reading and hopefully see you at a performance soon.

Victoria Melody
Victoria Melody is an award winning British artist with a background in fine art. She makes theatrical shows, performances and films mainly about Britain’s pastimes, passions and tribes. Fascinated by anthropology, she immerses herself into communities and becomes an active participant in their rituals as research for her work.
Previous Post
New Trailer and 5 Star Reviews for Major Tom
Next Post
India, Ugly Chief, Hair and Peace