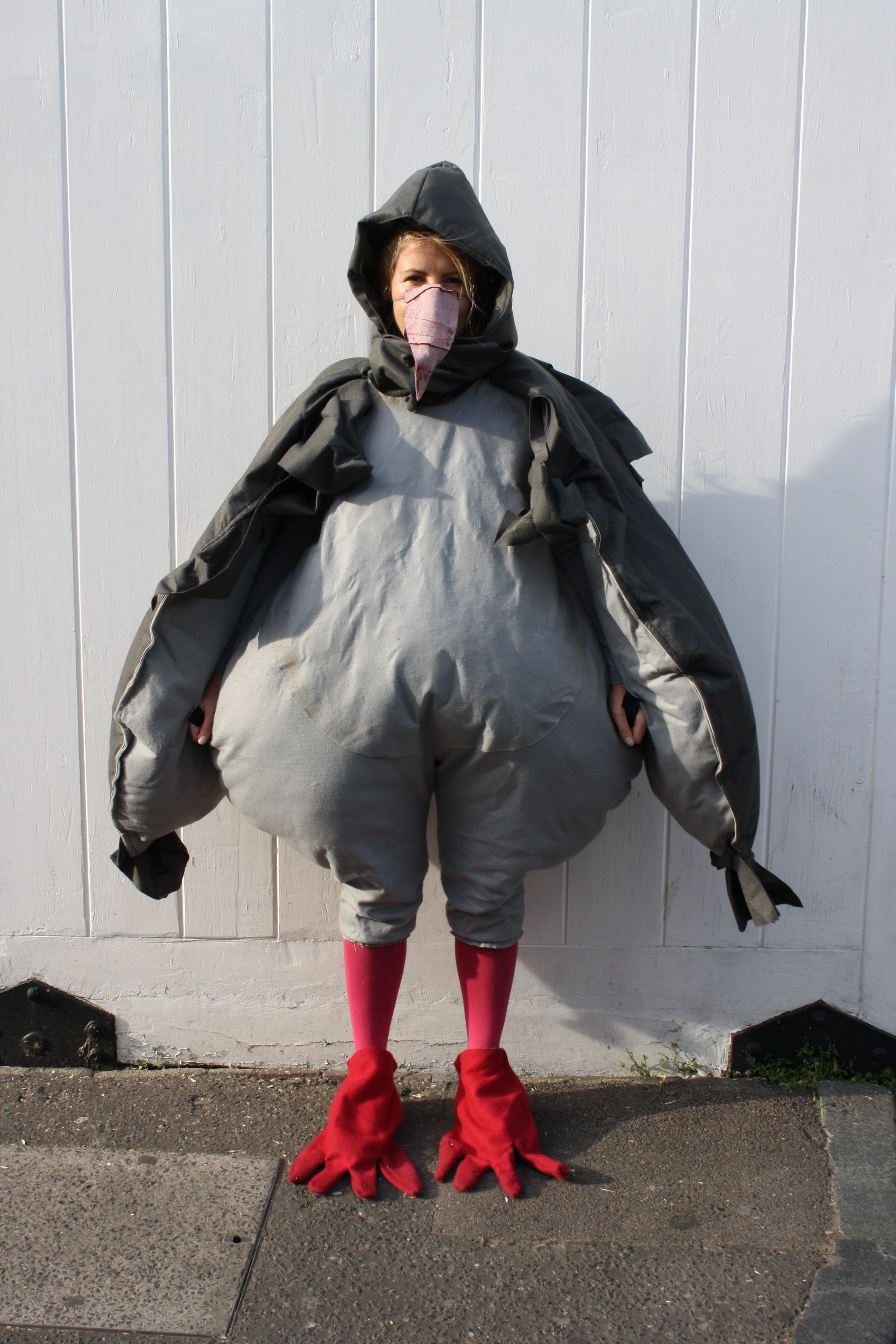 I have just come back from the Pigeon Show of the Year in Blackpool, it’s basically Crufts for pigeons. I’ve been making art about pigeons for 18 years. Read why in my funny and rather odd press release from 2011. Pigeons are underrated, I’m going to convince you why they and the people that keep them are amazing.

The Dickin medal (the Victoria Cross for brave animals) was awarded 54 times and 32 of those awards went to pigeons! 18 went to dogs, 3 horses and a ship’s cat called Simon also got in on the action.

My obsession started with an advert I put in a pigeon magazine called British homing World in 2008. The average age of a pigeon fancier is 65 and young people aren’t taking up the hobby so it’s quite likely that this whole scene will soon disappear in Britain.

At the time I wanted to understand what it meant to be a pigeon fancier before it was too late. So, I decided to live with them for a year to investigate and record their daily routines.

Bill
This is Bill waiting for his pigeon to come in. I waited with Bill for 12 hours. Bill said his pigeon had never taken so long to come in before. He blamed me and my bloody camera and nicknamed me the jinx. His pigeon was called “Dragons Boy” after his wife, who he refers to as the dragon.

Cher Ami
This is one of my favourite pigeon stories. In WW1 a battalion of 200 men were trapped behind enemy lines without any food or ammunition. They were being shot at and so in a desperate attempt to escape they released Cher Ami who was carrying details about their location. Cher Ami flew into the sky and instantly got shot loads of times, He got shot through the eye, through the breast and got his leg shot off. He resembled a kitchen sieve but he still managed to fly the 25 miles to deliver the message. saving the lives of the 200 men.  Cher Ami was given a hero’s send off and was awarded the Croix de Guerre medal for animal bravery. A year later he died from his war wounds. But it’s okay because he was stuffed and put into the Smithsonian Museum in Washington, you can visit him in the pigeon Hall of Fame. My friend went on a pigeon pilgrimage and took this photo of him for me. 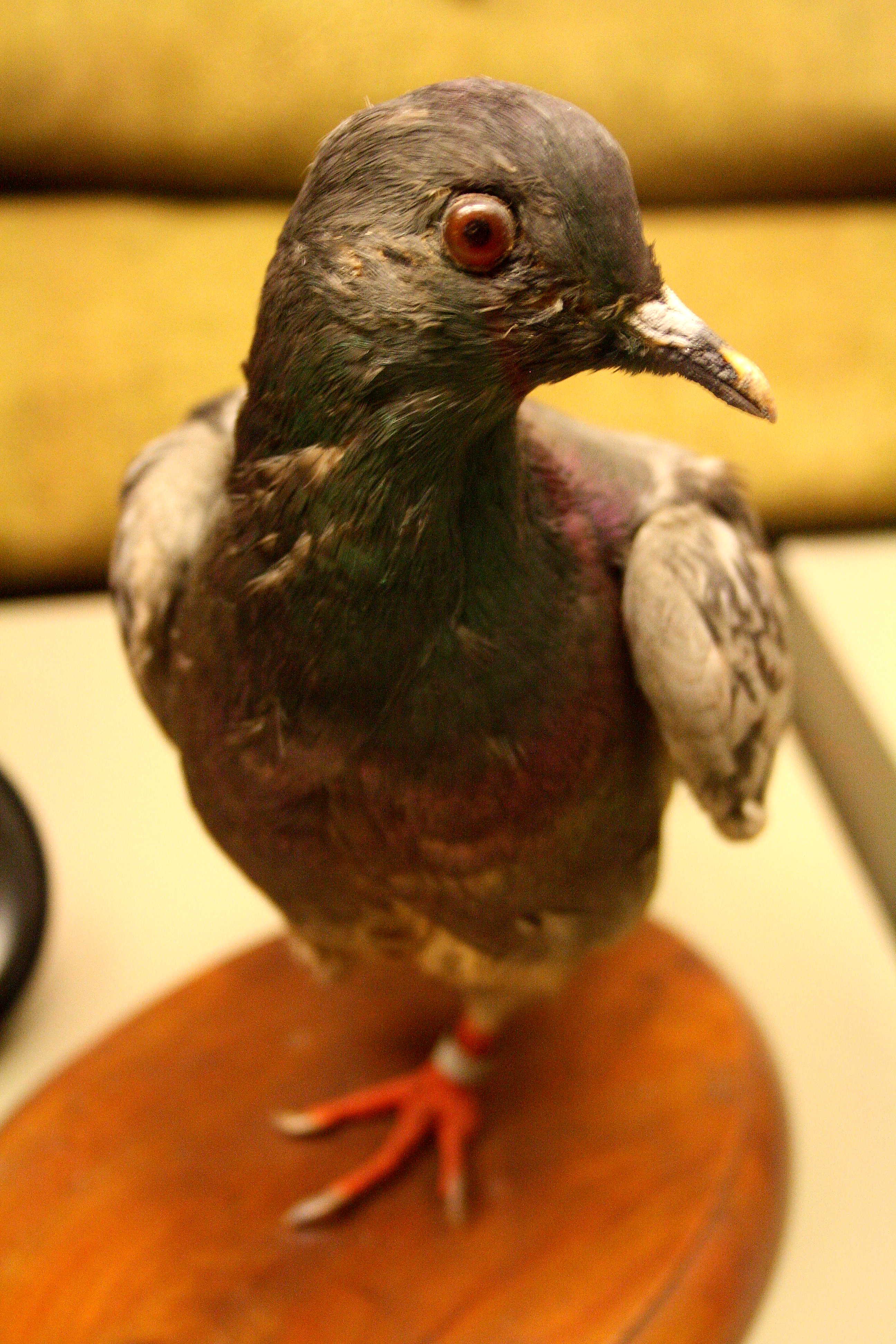 Recommendations
If you like incredible stories told by ordinary people then you too will find the story of “Dr. Gilmer and Mr. Hyde” extraordinary.

I love Blindboy’s podcast he talks about art, psychology, mental health and brilliant hot takes. This list is the best place to start.

Daisy May-Cooper’s “Don’t laugh it’ll only encourage her” had me howling laughing, the second part of the book where she talks about her auditions is laugh out loud hilarious. I recommend getting the audio book and listen to her tell it herself, it’s full of side notes.

Why don’t you reply and let me know if I’ve convinced you about pigeons? Would you like more pigeon content? If pigeon’s aren’t your thing don’t worry next month’s newsletter will be on a wildly different topic.

Images: Me wearing a home made pigeon costume, Bill and Cher Ami.